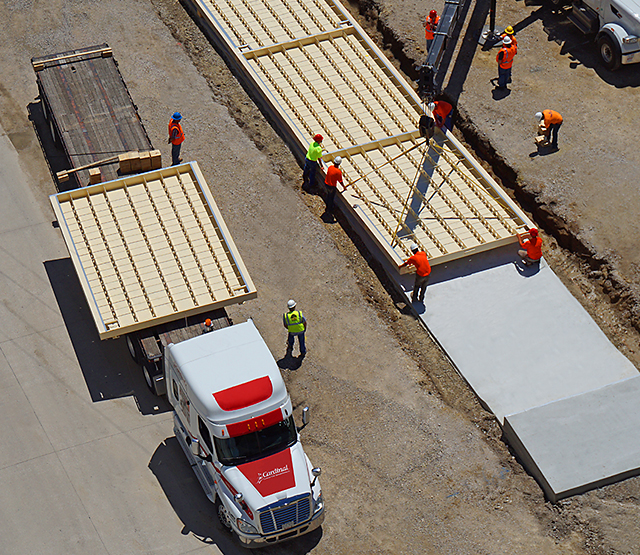 As with any large-scale purchase, the relative questions to pose when evaluating truck scales are very important: What kind of truck scale is right for me? What are the requirements and environment that must be addressed for the application? Which options would be most beneficial for the application in question? Which type of construction would be best for the environment the truck scale would be used in? Should the truck scale be installed in a pit that is flush mount with the road or include ramps and be installed above ground? Which technological advancements will pose the best advantage for my application? All of these questions must be taken into serious consideration to get the most out of truck scale longevity, maintain truck scale functionality, decrease downtime, and maximize the return on your investment.

The following sections will analyze strengths and limitations of options available on the market today, and which weighing technologies are the most appropriate in a given environment.

A concrete deck truck scale is ideal for environments where high levels of moisture and a corrosive environment are a concern. Scrap yards, trash dumps, transfer stations, chemical distribution centers, and grain elevators are ideal environments for concrete decks due to their likelihood of causing rust. Climates where road salt is frequently used may influence the purchase of a concrete deck to combat the corrosive effects of the salt.

Concrete deck truck scales can be more attractive when mounted in a pit, because the surrounding roadway surface will more closely match the scale platform surface for better aesthetics.

Concrete decks yield a more reliable surface texture when in used slippery or snowy conditions. Concrete decks also distribute weight better, which gives them an advantage in applications that are of very high traffic. On average, they will require less maintenance over the life of the truck scale, and they will last longer than a steel deck truck scale.

Not without drawbacks, concrete deck truck scales are more expensive, require an initial curing period, and require some additional finishing work that a steel deck scale would not. Their mass is usually greater than that of a steel deck, which will make relocation of the deck more arduous if performed at a later date.

Steel deck truck scales will cost less than concrete deck truck scales, eliminating the costs of labor associated with concrete pouring. Steel decks are much easier to install and can be functional within a day, saving much-needed time when production output is of the utmost importance. A steel deck is generally much lighter than a concrete deck.

Many times you will find steel deck truck scales mounted above ground with ramps installed for entering and exiting the low-profile scale.

Despite these improvements, steel decks still have more issues with moisture in comparison to concrete decks. They tend to be more slippery in wet environments and are more disposed to corrosion. Because of their inclination to corrode, steel deck truck scales require more maintenance and tend to have a shorter service lifespan if not properly monitored and cared for. Baked-on powder coat paints are typically UV protected and offer a longer lifespan when subjected to outdoor weather conditions and various elements.

Electronic truck scales are the most common type of truck scale available on the market. This type of truck scale accumulates electrical signals, which are derived from analog strain gauge load cells and summed up in a junction box, combining signals from each individual load cell. These summed signals are then fed from the junction box into an indicator and converted into a digital value displayed for the customer to view. Analog load cells come in many variations, but the two most common types used in truck scales are the compression load cell and shear beam load cell.

An electronic truck scale system employing analog load cells has some distinct advantages. Analog load cells are inexpensive and have been on the market for a relatively long period. There are many variations of analog cells that are available, and they have a fairly wide range of weight capacities.

Analog load cells have many drawbacks, however. Analog load cells, because of their construction and electrical characteristics, are especially sensitive to lightning damage. When a 70-foot-long piece of steel is placed in the middle of a field, like a truck scale platform used in a trash dump, it becomes a lightning rod that is very susceptible to lightning strikes. Suppression circuitry is added to the overall wiring to divert extreme lightning current from the strain gauges. However, this does not prevent load cells from being destroyed by lightning and require replacement by a trained scale service technician.

Hydraulic truck scale systems operate on the same information transfer system, but the elicited signal is triggered by a different source, and the respective signals are combined by stacking pressure actuators or combining pressure transducers. In the transducer method, hydraulic load cells utilize hydraulic fluid to transmit force applied to the scale weighbridge to pressure transducers, converting that force into an electrical signal. This process operates solely on hydraulic pressure, meaning no electrical components are used in the scale weighbridge.

Hydraulic truck scale systems perform extremely well in moist environments, and they don’t experience many issues regarding lightning damage. Hydraulic truck scale systems do not have the onus of strain gauges or internal circuitry, allowing for superior capability in the aforementioned environment. A system based on this type of technology is more expensive than analog cells; however, this increased cost can offset the issues analog systems experience regarding lightning and water and create a lower cost of overall ownership over the lifespan of the hydraulic truck scale.

Digital truck scale systems produce a digital output signal, performing the analog-to-digital conversion in the load cell itself. This important distinction precludes signal degradation associated with analog cells. Digital load cell systems are much easier to manage due to the lack of a junction box and its associated wiring requirements. This decreases installation time needed for scale service technician wiring. Digital load cells can be simply linked to one another in a daisy chain. Sense leads are eliminated since variations in system voltage will not impact the load cell.

Digital truck scale systems, because of their simple design, are very easy to install, maintain, and repair. Since the load cells are more reliable and accurate, costs associated with diagnosis are decreased. Digital truck scale systems have the capability of detecting and diagnosing faults and failures more quickly, efficiently, and precisely. In addition to this valuable tool, this information can be sent to not only indicators, but to remote locations using proprietary software. Digital load cells also offer the highest protection against lightning strikes amongst electronic load cells due to the transient suppression circuitry that is located directly on each individual digital load cell.

The bottom line: truck scale construction and technologies vary greatly. These two domains of inquiry require the need for extreme consideration when bearing in mind the costly investment of purchasing a truck scale. Many times, overall cost of ownership can be lowered by purchasing a higher-quality hydraulic or digital truck scale that will offer more competitive features than an analog truck scale. Taking these factors into consideration will improve your overall experience and satisfaction with your truck scale purchase.