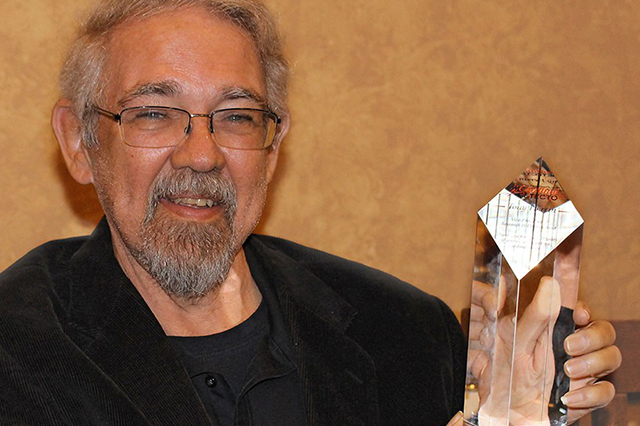 (Webb City, MO) After nearly 40 years with Cardinal Scale, Vice-President of Research and Development Tony Herrin has announced his retirement. During his lengthy career, Tony helped develop nearly every current Cardinal electronic product and he worked directly with Cardinal dealers on a daily basis for product support.

“Cardinal Scale indicators are the best in the weighing industry and Tony had a hand in developing all of them,” said Matthew Stovern, Cardinal Scale President. “Tony helped shape the growth of our company through our product development over the years.”

Tony started at Cardinal Scale in 1978 wiring special electronics and then moved into production testing. From there, he worked in the field service department where he went on 120 service trips over a 5-year timeframe travelling all over the US and to as far away as Saudi Arabia and Hong Kong. After that, Tony progressed into writing software code as a research and development programmer and technician, eventually being promoted into R&D Manager, and then ultimately to VP of R&D.

“Out of everything I’ve done for Cardinal Scale, I’m most proud of the code that I wrote,” said Tony Herrin. “I started writing in Assembly language at first and then moved into writing in C.” Tony wrote programming code for baby scales, counting scales, indicators (such as the 738, 748, and 705), and a wide range of other products.

In succession for Tony’s retirement, the following internal changes are occurring at Cardinal Scale. Director of Engineering Thomas Schuller will transition into managing all aspects of the company’s engineering including mechanical engineering, electrical engineering and software engineering.

Chris Corbett will be expanding his role as he moves into his new position of Engineering Manager. Chris will be working under the Director of Engineering to continue to improve Cardinal Scale’s new product development process and provide continuity between various departments for all product lines. Amos Carrick will be moving from the company’s technical support team to the newly-created position of Engineering Customer Support Manager. With his extensive knowledge of the company’s products and customers applications, he will serve as the liaison between customers and all engineering teams.